Bitcoin took a bearish turn in the past 24 hours when the price was unable to climb above $44.5k resistance and instead dropped below $42k to trade at $40.6k at the time of writing. Bitcoin Cash was strongly influenced by Bitcoin’s move. A bounce toward $327 for BCH would be for selling, while a drop to $290 could be a buying opportunity.

In the past two weeks, the price of BCH has traded above the $316 level. This level was the 50% Fibonacci retracement level based on BCH’s move from $271 to $362. However, the day prior to press time saw BCH embark on a move southward after rejection at the $344 level. The past few hours have even seen BCH drop below $316, marking it as a resistance level in the near term.

The $302 horizontal support, as well as the 61.8% retracement level at $306, are places where bears would seek to take profit on their short positions. At the time of writing, the market structure had flipped to bearish – BCH had been unable to push above $344 (resistance), and the $318 level (most recent higher low) was also broken. 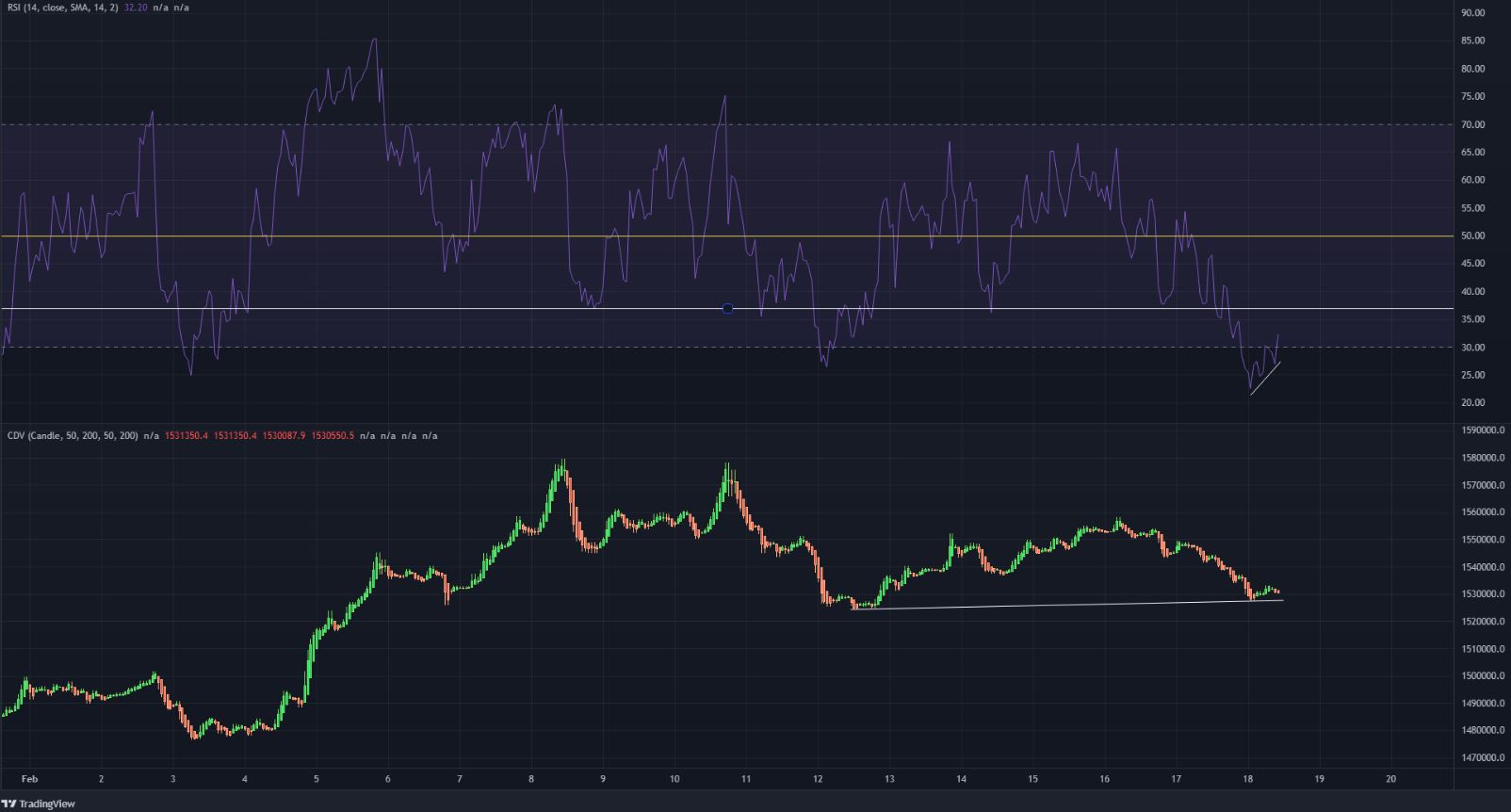 The price made a series of lower lows in the hours just before the time of writing, even as the momentum indicator made higher lows. This suggested a bullish short-term divergence, which could see the price push mildly upward.

The RSI had climbed out of the oversold territory but still reflected the strong bearish momentum of the past few hours. The 37 level could be important in the next few hours- a rejection here on the RSI could see BCH start another leg downward.

To summarize – although the market structure had flipped bearish, and the weekend approached. Bitcoin had liquidity at $42k, and $39k, and its move to either of these levels can be awaited in the next few days. Bitcoin Cash could, in turn, climb to $327 or drop to $290 before a move in the opposite direction after collecting the liquidity at these levels.