Australian software developer Jackson Palmer is a co-creator of Dogecoin. It’s a meme-inspired cryptocurrency that launched as a joke in 2013 but has become one of the world’s most valuable, after being promoted by the likes of Elon Musk and the traders at r/wallstreetbets. Palmer left the crypto community in 2015 and denounced the technology. Palmer gave a rare interview to coincide with the launch of his new podcast Griftonomics.

CRIKEY: You haven’t given many interviews and don’t even tweet much — although when you do, it often makes a splash. This week, you launched a new podcast, Griftonomics. Why now?

JACKSON PALMER: I actually purchased the Griftonomics domain a year ago. I was going to do this before [the July 2021 tweet storm where he denounced cryptocurrency as an “inherently right-wing, hyper-capitalistic technology”]. I saw what was happening a year ago. It wasn’t just crypto, it was like gambling on Twitch, rumblings of the metaverse. I realised it didn’t really matter if you were producing any value any more, the whole world has become this snake oil scheme.

So I bought griftonomics.com and the first episode was going to be about crypto. I’d written the introduction and that’s what became that tweet thread. I was reflecting on it a lot, thinking “do I pull the trigger or not?”. I had been off Twitter for a couple of years because I’ve gotten burned out on crypto and was enjoying a quieter life. Instead of the podcast, I posted the Twitter thread and walked away.

All was well for a year. I honestly thought that things — and I think they’re starting to now — would implode a bit more quickly and people would learn their lesson. But increasingly, in the past six months, I’ve seen a continued perseverance. You see these big people with big money getting involved and that means it’s not slowing down.

So I bit the bullet. I think I’m kind of ready in life to subject myself to nonsense. We’ll see. It’s perfect timing — the year is heating up, there’s a lot of grifting going on, there’s the Elon Musk Twitter takeover.

C: I want to get to the Elon Musk takeover, but first, can we talk about the cryptocurrency “winter” (as venture capital firm Andreessen Horowitz is calling it). Do you have any thoughts on it?

JP: I wouldn’t say that it’s in a winter. I still see heaps of money being funnelled in by crypto promoters. They’re waiting for a fresh batch of fools to come in. This happens in cycles. You wait for a while for the collective memory of the world to forget about how much of a scam it is. We’ve had ICOs [initial coin offerings], DAOs [decentralised autonomous organisations], now it’s NFT [non-fungible tokens]. Now I’m seeing initial game offerings as the latest thing.

Sadly I wish it was the end of crypto, but it’s not. More holistically, in this system of griftonomics, hypercapitalism, rentier capitalism, increasingly people are doing nothing but making money off doing nothing, it’s kind of fucked us all up. It’s given people this weird mental issue that things that 5 to 10 years ago people would have the common sense to say “that’s weird”, are OK. Now, even if it’s fraudulent, they think “do I really care?”

The bigger problem is because it’s so easy to grift now through crypto. Look at Drake’s Instagram now. It belongs to [cryptocurrency betting company] Stake. I think people think that if they make money, it’s OK. Hustle, hustle, make money. The worst part, and no offence to journalists, is that there’s a ton of journalists who’ve gotten on that gravy train. Ethics? Don’t need that any more.

C: One thing I’ve noticed is that there’s a real incentive for journalists to cover cryptocurrency. Any story that involves cryptocurrency will get a heap of traffic.

JP: The difference with cryptocurrency is that your news has to take a positive slant. If you’re writing doom and gloom, you’ll get fewer eyeballs. What I like to watch out for is organisations that have an ethics policy that prohibits writers from having crypto. The New York Times does not have a policy like this and I know for a fact that some of their writers own it as well.

C: Can I ask about the response to your crypto-scepticism? How has the community itself reacted? On the first episode of Griftonomics, you spoke to Molly White about how the industry is so aggressive towards any criticism of the tech. And I saw that you’re still getting interview requests from crypto boosters.

JP: The good thing is that there are a lot more sceptics now. Between 2013 and 2020, I had kind of established a friend circle of crypto sceptics. One by one, they progressively drank the crypto Kool-Aid and started their own coins, took a job with a crypto company. Journalists began working for crypto-owned media, and that’s what pushed me over the edge.

There was a drought of scepticism over the past few years. But between now and then, due to people losing money, there’s been an awakening. They’re realising “well, this is actually bullshit”. They’re seeing the cracks in the paint.

I’ve been getting a fair bit of support. Even from crypto people, which is kind of hilarious. That’s the interesting thing — a year ago, it would have been “this is FUD [a term popular in the crypto community used to degenerate bad news as “fear, uncertainty, doubt”], you’re salty”. But now when I say it’s a Ponzi scheme, the response is, “So what, the world’s a pyramid scheme!”.

C: OK, time to talk about Elon Musk. Have you been paying attention to his Twitter takeover?

JP: Ah, it’s funny, I have an interesting past with Elon. The first time I messaged him on Twitter years ago, I had written a bot, a script that would automatically detect if there was a cryptocurrency scam in your Twitter mentions and would automatically report them to the platform. I worked with [Twitter co-founder and former CEO] Jack and his product management team so that when these reports were submitted they’d get them instantly.

I gave it to other crypto influencers. Elon reached out to me to get hold of that script and it became apparent very quickly that he didn’t understand coding as well as he made out. He asked, “How do I run this Python script?”

After I gave him the script, I wasn’t a fan of him. He’s a grifter, he sells a vision in hopes that he can one day deliver what he’s promising, but he doesn’t know that. He’s just really good at pretending he knows. That’s very evident with the Tesla full-self-driving promise.

About a year ago when Musk was saying something about crypto, I said Elon Musk was and always will be a grifter but the world loves grifters. They love the idea that they may also be a billionaire one day, and that’s the dream he’s selling. When he talks to other users on Twitter, they’re like, “Wow, Elon is talking to me! Maybe I can be a friend of his, or even become a billionaire myself”.

My opinion on him and all billionaires is that I don’t care much for them. The second I heard he was going to make a bid, I thought that he intended to destroy Twitter. I think if you look at what’s happening, that’s what’s happening. He was sowing a huge amount of discord and distrust on the platform, and there are huge amounts of churn and attrition from staff. Like with the [right-wing media organisation] Project Veritas, they were trying to match with Twitter employees on Tinder and secretly film them, and Elon is promoting that.

Do you really think the guy wants to buy Twitter? If so, why is he engaging in this? His play is to either dismantle all trust, or maybe he’s delusional enough to think he can build an alternative. The other alternative is that he wants to drive it into the ground at a much lower price, and I think that’s what he’s doing.

Elon Musk’s latest thing is that “I’m going to vote Republican” because the Democrats were mean to him. It’s such a thinly veiled excuse. You could have said both parties suck, a lot of people do that, or that you won’t vote or will vote independent. It’s so strange. I think the good news is that a large number of people do see through his shit, including a lot of people who have the rug pulled over their eyes.

C: What’s the solution to grifting?

JP: It’s important to have hope, otherwise things get hopeless. I think that will come good. I always like to look at the younger people like Gen Z and some of the TikTok generation. They’re not as sucked in easily as people being sucked into these grifts.

I used to run a cryptocurrency YouTube channel. The demographics of the audience were a lot of males over the age of 30, hopeless millennials approaching a midlife crisis. That’s just my roundabout way of saying that the combination of being online natives and growing up around grifts means they’ve got a better radar than our generation does. 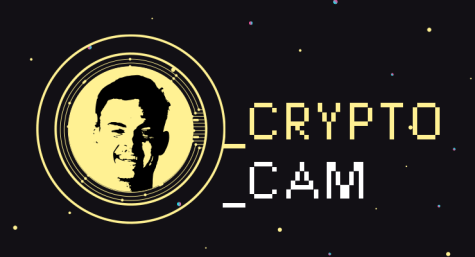 I think this does have to be solved at a political level. Neither party is going to solve it as it stands today, but there are new progressive candidates who could help in the future. That’s my long play. I think there’s going to need to be a crash. I think we’re well overdue for some sort of pop, and I don’t think it’s going to be a big boom. It’s going to be a lot more painful, and unfortunately it will probably affect minorities and those lower end of the socioeconomic spectrum when it happens. So, when people who have been suckered in, people who’ve been sold on the [viral cryptocurrency-promoting] Matt Damon commercial and who put their [retirement fund] 401k in, those are unfortunately the people who are going to be hurt.

Loosely. I know some things about it. As someone who leans left it’s not hard to guess where my vote would go, but I’m not on the electoral roll any more.

My biggest worry is political grifters like the man who I unfortunately share a surname with [billionaire Clive Palmer, who spent nearly $100 million promoting his minor right-wing populist party] and people who are affiliated with Pauline Hanson’s party. Those are the people who scare me. I hate that they have infiltrated Australian politics to the degree that they have.

The article originally misstated that Palmer said the New York Times had a crypto section. This has been corrected.