Chainlink has dominated as a leading oracle with 1704 integrations of its various products across multiple chains.

However, despite the many integrations and projects in its portfolio, Chainlink’s token, LINK, refuses to replicate the same success seen within the Chainlink ecosystem.

This year alone, data from the Chainlink ecosystem shows that Chainlink has successfully done 399 integrations of its products.

In its latest ‘Adoption Update,’ Chainlink informed users that between 8-14 August, it recorded 19 integrations of five of its services across seven different chains.

LINK, seven and half months later

Trading at $8.62 at press time, the price of the token has declined by 56% since the beginning of the year.

Now ranked number 24, its market capitalization dominance has steadily dropped since the year started, as per data from Messari.

As its price suffered during the bear market in the year’s first half, LINK’s trading activity too dropped.

So far this year, trading activity on the network has dropped by over 85% since the daily high of four billion logged in trading volume on 5 January.

Interestingly, while the price dropped, the number of addresses on the LINK network rose.

According to data from Messari, 689,383 addresses currently hold a different amount of LINK tokens.

However, despite the growth in the count of addresses on the network, active addresses declined steadily within the same period. 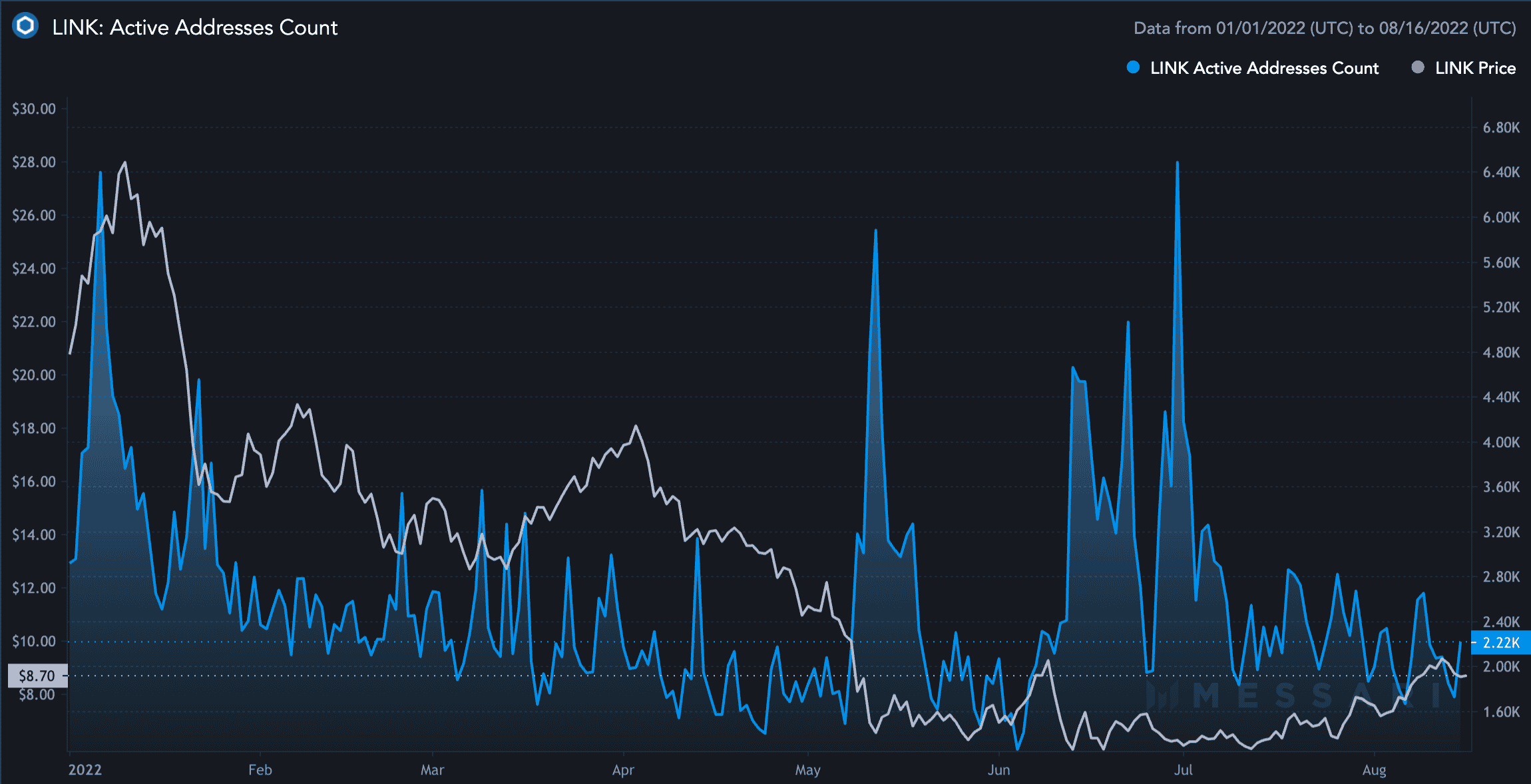 In addition, a significant number of LINK tokens have left exchanges compared to the ones that have been sent this year.

Therefore, with a continued decline in the exchange inflow of LINK tokens, more downside is expected for the token’s price.

Despite the price decline, whales that hold between 10,000 to 10,000,000 LINK have consistently topped their holdings.

While this has happened, it is also worth noting that the count of whales holding over $10 million worth of LINK tokens has declined steadily since the year started.

At 91 at press time, the count for this category of whales has dropped by 30% in the last seven months. 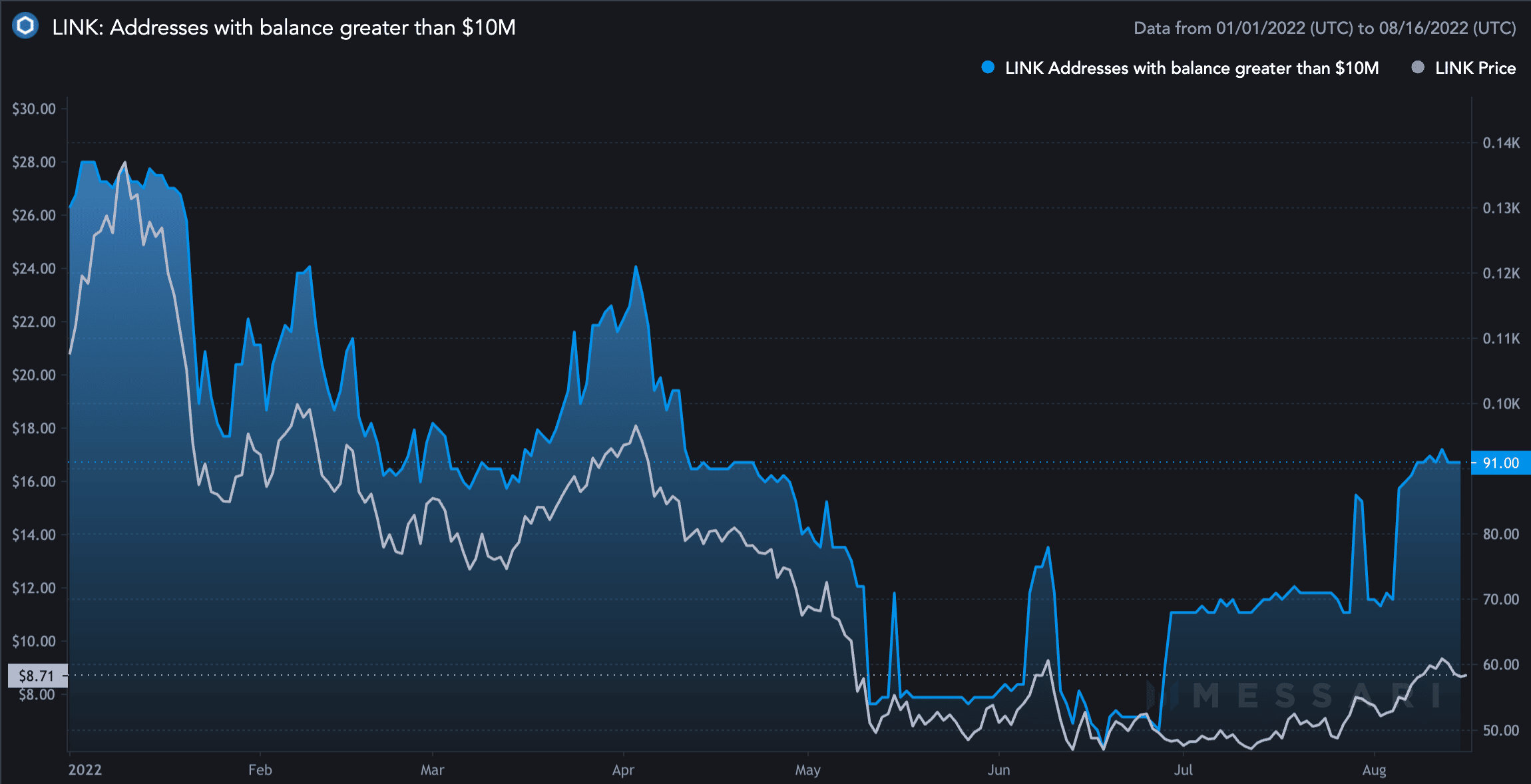